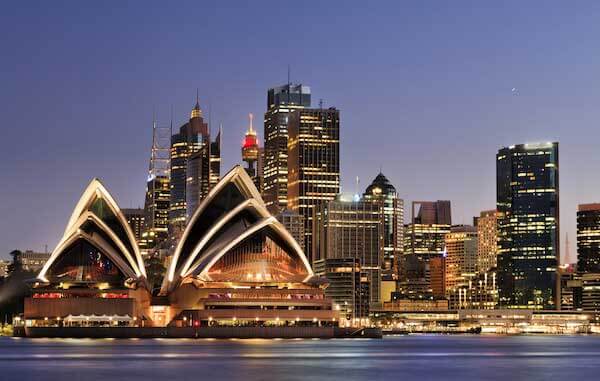 When you are visiting Australia, you will want to explore some of the extraordinary Sydney landmarks as you learn about the history and culture of that beautiful country. You can relax and let a professional driver take you with a private car service to different places and events and give you many interesting details about your destinations. Sydney is a complicated maze of narrow lanes and one-way streets, so using an experienced driver is highly recommended, especially for first-time visitors.

Here are just a few of the spectacular attractions:

This UNESCO World Heritage Site is a star attraction in the city. No other building in the world is shaped like graceful and billowing white sails on land surrounded by water. This magnificent structure has a concert hall, theaters, a cinema, studios, and exhibition rooms. The building is undergoing a $202-million upgrade, which is supposed to be completed in early 2021, but it continues to operate throughout the restoration.

This Bridge is another of Australia’s famous tourist attractions. It is an impressive construction feat and is the world’s largest steel arch bridge. Completed in 1932, which was 40 years prior to the Sydney Opera House, it spans 500 meters, rises 134 meters above the harbor, has eight lanes for road traffic with the direction of each lane able to be switched to accommodate the flow of traffic, two railway lines extending over the bridge, and a pedestrian path.

This is one of the top-rated Australian and world beaches and is less than a 15-minute drive from Sydney. It has fantastic ocean views, great surf, blonde sand, picnic areas, bronzed bodies, and a cosmopolitan vibe. You can take a coastal walk from Bondi to Coogee beginning at the southern end of the beach and following the coastline along sandstone cliffs for six kilometers. Just be aware of strong rip tides, especially at the southern end, that have been known to sweep unsuspecting swimmers out to sea, so any swimmers should stay between the flags.

An oasis amid the city’s hustle and bustle of the city, the free Royal Botanic Garden is only a scenic short stroll along the waterfront as you come from the Sydney Opera House. Established in 1816, it encompasses 30 hectares of themed gardens. Highlights are the Palace Rose Garden with approximately1,800 roses and the Glasshouse Latitude 23 and Fernery with tropical foliage, orchids, and begonias. A hop-on and hop-off train gives a tour of the grounds.

Sydney landmarks are unique, so give yourself and your family plenty of time to explore and enjoy these unusual and historic sites. They will create memories that will be long-lasting and will be the subject of many discussions once you have returned home. Redy2GO provides shuttle services to Sydney landmarks and beyond.